The Paleo diet is basically a eating habit that relies on all natural foods whether they are cooked or not cooked but with zero added sugars, preservatives, or heavy starches. It is considered by some people, one of the healthiest ways you can eat these days to gain the proper nutrition that your body needs from a diet. The Paleo diet works with your body’s natural genetics to help you get lean, strong and full of energy. This diet is primarily based on foods that were eaten by early humans like the caveman era, these eating habits consists of such foods as meats, fish, vegetables, and fruits but restricts dairy, grain products, heavily processed food from your diet.

For most people the Paleo diet delivers very impressive such as weight loss, added strength, Reduced allergy reactions, and higher energy along with a healthier digestive tack but only if the diet is followed correctly and there is no cheating happens like we all tend to do from time to time with any off the shelf diets.  Many people these days are not satisfied with blindly following any recommendations so they need to see a proven method before they even try a diet or commit to a changed way of eating for an extended period of time. We all tend to want fast results because of the fast paced world we live in however most diets or changes in eating habits take your body several weeks to fully adjust, even start to feel or see any benefits. This is the very reasons that most diets that we try end up failing however the Paleo diet is not really a culture shock diet as most diets can be, these foods are natural and in most cases the food is exactly the same as you eat now just without the grains, sugars, and preservatives.

Benefits of this diet are: 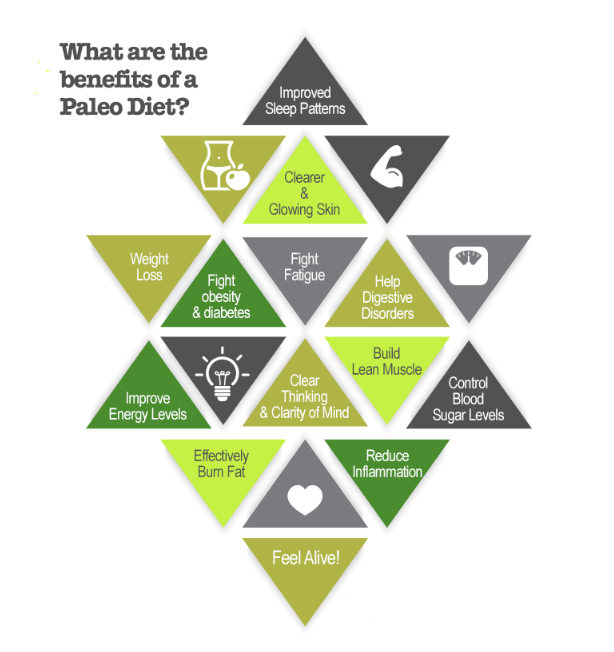 Paleo diet experience that I had

As in any diet or eating habit change, it is suggested that you try it for at least 30 days at a minimum if you can. The Paleo diet does have added benefits the longer that it is followed as your body gets more accustom having less man made sugars and preservatives.

For me, back in 2012 it was somewhat of a change because my body was having small cravings from changing my eating habits but this is common for most people so it was no shock to me. I was used to eat junk food, fast food, and just about anything I wanted as far as little snacks and such so it was somewhat of a culture shock for about 2 weeks for me but then it got easier and easier as time went on. It wasn’t long at all before I started to see real results from just changing my eating habits. I did exercise as well but no where near like I do today so I cannot contribute the benefits that I saw to just exercise, it was definitely swapping to the Paleo diet.

Thanks to the Paleo diet I learned how to eat correctly but still enjoy my food. There is a lot of people who claim to know about the Paleo diet and may be knowledgeable about it however in my experience and research there is only one true expert on Paleo eating habits, the real do’s and don’ts. His name is Robb Wolf and when I finished reading his book, I learned so much from it that it was truly a game changer for me and I am sure it will be for you as well. 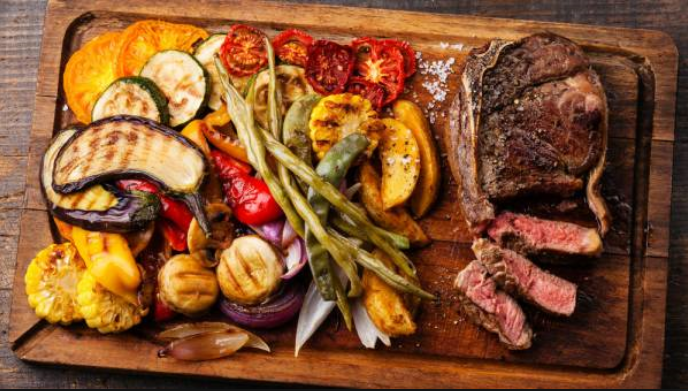 It was in late 2012 when I cleared up a small skin condition that I had for many years, one that the doctors that could not figure it out was causing it so they just put me on antibiotics. After a few months of the Paleo diet the skin irrigation that I had cleared right up. By changing my eating habits and cutting out man made sugars and heavy grains, I was also able to drop 15lbs of belly fat as well. Listening to what Robb Wolf was saying in his book and his Paleo diet eating habits he talks about, I truly feel 100% better  with the clearing up of my allergies and also dropping 15lbs  along with maintaining that weight loss.

To this day I still incorporate what Robb Wolf taught me in that book but I will say that as I matured in my understanding of foods I have slightly adjusted things to better meet other needs that I have but I would have never been able to do so without first learning the Paleo diet eating habits.

The book is called the Paleo Solution – The Original Human Diet

The prices on Amazon are about the best for this book.

Order one for yourself, you will love how you feel.

As Always I would very much appreciate your feedback so leave a comment below about what you are interested in seeing and also keep in mind that I will be adding much more informative post coming soon.